Volcanoes are formed when magma from within the Earth’s upper mantle works its way to the surface. As magma rises within the Earth’s crust, it often interacts with the local water table to produce hydrothermal systems, areas of heated groundwater that begin to cycle through the region and alter the chemistry of local rock formations as well as manifest themselves on the surface in lakes, and as geysers, fumaroles, and hot springs. 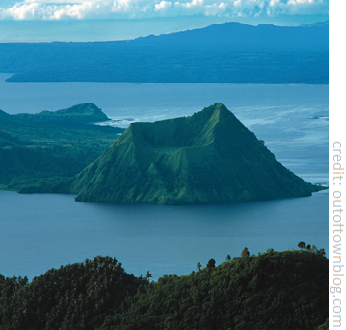 At ULB, we study the chemical and physical properties of the products of past volcanic eruptions and use novel monitoring approaches at active-dormant volcanoes, to better understand future hazards and forecast eruptions.

The IS-TREMOR project aims to gain a holistic overview of seismic tremor recorded since 2015 in Iceland, which offers a unique opportunity of multiple sources of tremor, e.g. volcanic, glacial, and geothermal tremor. By novel strategies for automated tremor detection, location, and source-based classification, we wish to create an unprecedented registry of tremor events in Iceland. It is funded by Ranis (Iceland).

VolKenya is a collaboration between ULB (Belgium) and Dedan Kemathi University of Technology (Kenya), and funded by FNRS, studying volcanoes in the East African Rift that host large calderas with active geothermal systems, and which are exploited for geothermal energy production. In VolKenya, we investigate the chemical and physical characteristics of young (Holocene) volcanic deposits to reconstruct the frequency, magnitude and style of past eruptions. We also use petrological modelling and soil gas surveys to provide insights into the magmatic plumbing systems and degassing pathways at the rift volcanoes.

Fifty-nine active volcanoes in Ethiopia are dormant most of their lives but will erupt again in the future. Together with collaborators from the University of Oxford and Addis Ababa University, we focus on two of these dormant volcanoes: Corbetti and Bora-Baricha-Tullu Moye, both located in densely populated areas of central Ethiopia. Both volcanoes have frequently erupted in the past, generating widespread dispersal of volcanic ash. They are also actively targeted for geothermal energy development and as such represent a major socio-economic resource. Our work on these volcanoes focusses on better understanding the eruptive history of the volcanoes and their underlying magmatic systems and longer-term evolution, using a geochemical and geochronological approach. It is supported by FNRS, NERC and the Fondation Wiener-Anspach.